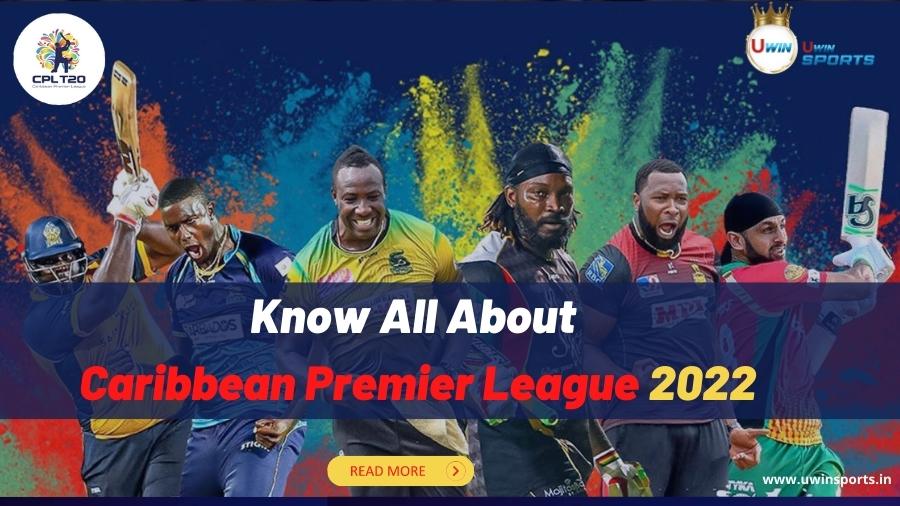 What You Need To Know About The Caribbean Premier League 2022

It’s the amalgamation of the 3 great Cs of cricket – Caribbean, Cricket, Carnival! We’re talking about the Caribbean Premier League 2022! If you’re a total noob, we’ll tell you all you need to know about CPL, its history, the teams, the format and more. We’ll also throw in some CPL betting tips for those who want to try their hand.

The Caribbean hosts an annual Twenty20 cricket competition known as the Caribbean Premier League sometimes referred to as the CPL or CPLT20. Cricket West Indies established this League in 2013 to take the place of the Caribbean Twenty20 as the Caribbean’s finest Twenty20 tournament. Hero MotoCorp is now sponsoring it, therefore the official name is Hero CPL.

History of the Caribbean Premier League

in September 2012, when it was stated that the board was “in the advanced stages of discussions to have a commercial Twenty20 league in the area” with an unknown investor.

On December 13, 2012, the WICB announced that they had reached an agreement with Ajmal Khan, the founder of Verus International, a merchant bank based in Barbados, to fund the new franchise-based Twenty20 competition, which would begin in 2013. In the tournament’s first outing, Jamaica Tallawahs beat Guyana Amazon Warriors by 7 wickets to clinch the title win. Since 2013, there have been 10 seasons of the Caribbean Premier League.

The CPL T20 event features a group stage and a knockout stage with six teams competing. Each side plays ten games during the group stage, three of which are at home. This is an unusual tournament format because all six teams play their first five games at the same location. The tournament then transfers to a new location for the next five games (and so on). Each of the six stadiums serves as the home field for one of the teams. At this point, the event is decided by two semi-finals and a final.

It’s quite cool if you want to just sit back, relax, and enjoy the Caribbean Premier League! However, if you also want to win money with live cricket betting  accessible throughout the CPL, you’ve reached the perfect place.

Trust us, we’ve been watching the Caribbean Premier League for several years. We’ve learned a lot about the players, teams, and venues over this time. That means you’ll be able to get some of the greatest CPL betting recommendations 2022!

You’ll also get some excellent tips at the greatest CPL betting odds for a variety of various betting markets – additional opportunities to profit! We’ll give you information about CPL betting markets such as the CPL winner, CPL T20 top batsman, CPL 22 top bowler, and various other solid value bets. So let’s start with the most significant question:

CPL 2022 seems to be Trinbago Knight Riders season, if we are being honest. The addition of newly signed players Andre Russell, Sunil Narine, will definitely give the team an edge. Tim Seifert, Seekkuge Prasanna, Maheesh Theekshana, and Ali Khan’s presence has also bolstered the team’s chances of winning CPL 22.

Power hitters Colin Munro and Kieron Pollard have been joined by one of T20’s most powerful hitters, Andre Russell. He also brings his rather decent bowling skills to the side.  Then there are the Sri Lankan players Maheesh Theekshana and Seekkuge Prasanna who have also joined the team. That’s why most cricket betting sites are showing that the CPL betting odds seem to be stacked in their favour.

Not feeling love for the Knight Riders? We’d say that the next best odds of winning the CPL lie with the Amazon Warriors. They seem to be a pretty well-balanced side, with power including Hetmyer, Shai Hope, Colin Ingram, Chandrapaul Hemraj, Paul Stirling and Heinrich Klaasen.

Trinbago Knight Riders, the most successful CPL team with four title wins, will be the favourites to win the trophy this season. They finished first in the CPL 2021 table but were defeated in the play-offs by St Lucia Kings.

Kieron Pollard, Andre Russell, and Sunil Narine are among the team’s quality all-rounders.

Pollard was one of the leading run scorers, with 261 runs scored. Pollard averaged 37.28 last season and also took a wicket.

Sunil Narine had a strong season last year, hitting 137 runs and taking 12 wickets. He plays a crucial role on the team. Seekkuge Prasanna, a Sri Lankan all-rounder, has joined the Knight Riders together with Maheesh Theekshana.

Akeal Hosein of the West Indies will also help the Knight Riders’ bowling assault. He took 13 wickets last season with an economy of 4.92.

As we mentioned earlier, they also have a strong bowling squad. Imran Tahir grabbed 13 wickets, while Odean Smith and Romario Shepherd both took 18. Tahir will be aided this season by South African spinner Tabraiz Shamsi.

St Kitts and Nevis Patriots are the current CPL champions, having won their maiden CPL title last year. They concluded the league stage in third place on the standings with six victories out of ten games and won the trophy at the conclusion.

Dominic Drakes, the last match’s standout, is still with the team. Dwayne Bravo, an experienced all-rounder, will captain the club once more. Evin Lewis was the CPL 2021’s second best run scorer, with 426 runs scored in 11 matches at an average of 47.33. Dewald Brevis, a young South African hitter, is also on the St Kitts squad, and we anticipate he’ll do well.

Then there are all-rounders like Dominic Drakes, Wanindu Hasaranga, and Dwaine Pretorius who’ll help the team. Sheldon Cottrell will be the leader of the pace attack. Drakes took the most wickets in 2021, with 16 in 11 innings.

Kennar Lewis and Shamarh Brooks each scored 200+ runs and are still on the team this season. Imad Wasim took nine wickets last season and is expected to be a key spinner again this season. Sandeep Lamichhane of Nepal will bowl in support of Wasim.

St Lucia Kings finished second in the CPL 2021. This is without a doubt one of the league’s strongest teams. Last year, they finished fourth in the points standings with 5 victories.

Last year, Jeavor Royal was the highest wicket taker with 12 wickets, while Roston Chase had 10 wickets. Kesrick Williams took 11 wickets and will be back in the team this season.

Tips for betting on the CPL Top Batsman

Want some CPL betting advice? The players to select are opening batsmen.

They are in the crease during the Powerplay overs when scoring boundaries is simpler because they are there at the beginning, and they naturally tend to be aggressive and quick scorers. Or else they wouldn’t be openers.

Therefore, take into account the players’ individual career strike rates and batting averages in addition to merely looking at openers. The player is better the higher those two are. Additionally, it’s advantageous if they have a lot of experience playing in Caribbean weather.

Tips for betting on the CPL Top Bowler

According to one idea, batters attempt to score faster at the start and end of an innings because that is when the most wickets fall. If you’re the bowler bowling those overs, you’re in the greatest position to take those wickets.

The strategy has been to support well-known West Indian seam bowlers throughout the years; Dwayne Bravo won it twice, Krishmar Sandokie once, and Ravi Rampaul twice. However, Hayden Walsh of the West Indies was the best bowler in CPL 2021, with 22 wickets, while Sohail Tanvir and Fawad Alam (both international players) also won.

Choose a reputed cricket betting website like UWin, sign up, and make a deposit. You will be able to gamble on all CPL games after you have added funds to your account. With an account on UWin, you’ll be able to watch live CPL and start betting on CPL with the help of UWin’s experts tips and guides. What’s more – UWin has a fantastic range of CPL betting promotions and bonuses. Also be sure to install the UWin app so you can take CPL T20 with you, wherever you go! The UWin Betting App is available for both Android and iOS users. It provides all of our clients with a safe and reliable betting experience.

Is it legal to participate in betting on the CPL online in India?

Yes, betting on the CPL online is legal! However, rules vary regularly from state to state, so make sure you’re informed of the local laws before cricket betting.

All genuine and legit Indian betting sites will provide CPL betting. Of course, we are biased towards the UWin betting site and app!

Who is the best CPL player?

Lendl Simmons has the most runs in the CPL. In 93 matches, he has scored 2629 runs. He is now a member of the Trinbago Knight Riders.