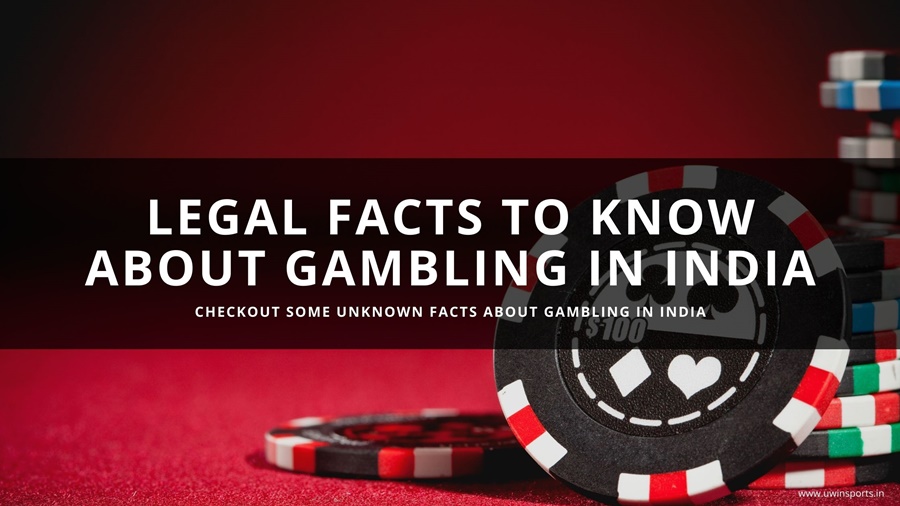 Legal Facts to know about Gambling in India

Gambling, although absorbing, isn’t the most conscientious activity to indulge in In India or anywhere else in the world. But, interestingly, that hasn’t stopped people from venturing into this addictive hobby or trying it out at least once or twice. The adrenaline rush and risks that gambling brings along get people more and more captivated with it.

In India, gambling has been in practice since ancient times and is still prevalent among India’s several diverse cultural communities. Moreover, India isn’t lagging in modern-day gambling apart from the indigenous practices. The states of Goa, Sikkim and Daman and Diu regulate land-based casinos. In addition, the states of Nagaland and Meghalaya have recently introduced a licensing regime for skill games and online gaming. So, for the foreign tourists and the nationals seeking to try their luck in gambling, these are the states to visit.

However, having said so, the probability of things going south while gambling is relatively high. Hence there are specific regulatory laws for gambling in many parts of the world and India, which players should religiously abide by. Failing to do the same will involve legal actions against the offenders. So, here are all the legal facts one needs to know about gambling in India.

Popular casino games like slots, roulette, and blackjack, are legally allowed to be played in India on digital and manual platforms. However, because state-level laws govern casino games in India, they are legal in some states and prohibited in others.

Sikkim is counted among the few states where casino games are legal. Legalised in the year 2008 under the Sikkim Online Gaming (Regulation) Act, the state of Sikkim allows online games like Roulette and Blackjack. However, there is a condition attached to this act that states that online casino gaming will be offered only through intranet terminals. The legalising authority of the Sikkim gaming act is the department of Finance, Revenue and Expenditure.

Apart from Sikkim and Meghalaya, the states of Goa and Daman and Diu allows casinos and five-star hotels with proper license to conduct Casino Games.

A renowned gambling game, Poker is legal in only two states of India- Nagaland and Meghalaya. It is recognised as a skill game in both states with licensing regimes. The Nagaland Prohibition of Gambling and Promotion and Regulation of Online Games of Skill Act, 2016, have legalised online poker as a skill game.

Although the game of Bingo isn’t limited to one format, it can either be categorised as a game of chance or lottery. Either way, it is highly unpredictable and risky, and therefore have been barred by most Gaming Laws. However, in Sikkim and Meghalaya, it can be played in licensed setups.

In cases of Bingo being played in the lottery format, it is only legal when it is organised as a State-run lottery and not a private one.

Like bingo, betting as a game of chance is prohibited under the Gaming Laws. Nonetheless, certain exceptions have been made in sports and fantasy sports betting cases. So let’s check them out.

Declared by the Supreme Court of India as a game of skill, sports/horse race betting has been exempted from the prohibitions of the gaming laws. Also, because horse race betting traces its origins to pre-internet times, there are no specific regulations for online betting. However, having said so, abiding by the statutory conditions of Gaming Laws and the ones imposed by turf clubs is necessary.

The States of Meghalaya and Sikkim have legalised sports betting. The former has allowed it via intranet terminals, and in the case of the latter, it has been offered a government license.

Lotteries are entirely banned in India, so much that it isn’t even incorporated under the Gaming Laws. With private lotteries prohibited under the Indian Penal Code, 1860, the only lotteries allowed to be conducted are the state-organised ones.

Social gaming is just for recreation and cultural activity with usually no money or equivalent assets at stake. Hence, it doesn’t trigger or come under any gaming laws or acts.

However, the same can’t be said regarding the violation and triggering of property laws, privacy laws or laws against obscenity. The laws of the Information Technology Act, 2000 (“IT Act”) and the Indecent Representation of Women (Prohibition) Act, 1986 (“IRWA”) have to be respected in social gaming events.

As previously reflected upon in certain bits of this discussion, skill games have been relieved from the restrictions of the gaming laws. Pronounced by the Supreme Court itself as a legitimate business activity, it has the sturdy backing and protection of the Constitution.

In most states of India, no license is required for the conduction of skill games. Allowed to be played on both online and manual platforms, the hype for skill games only increases with time. However, as a precautionary measure, the states of Nagaland and Meghalaya, where skill games have gained popularity, have enacted licensing regimes.

Although popular, a few exceptions of States are not too keen on legalising skill games. Therefore, the States of Telangana and Andhra Pradesh have banned skill games by making amendments to their respective state laws. No skill games of any sort will be entertained or conducted in these states until any contradictory changes are made.

Gambling, which usually starts as harmless experimentation, can quickly and rapidly escalate into addiction. Therefore, whatever form of gambling you’re intrigued with, it is essential to enjoy it in moderation and not get too engrossed with it.