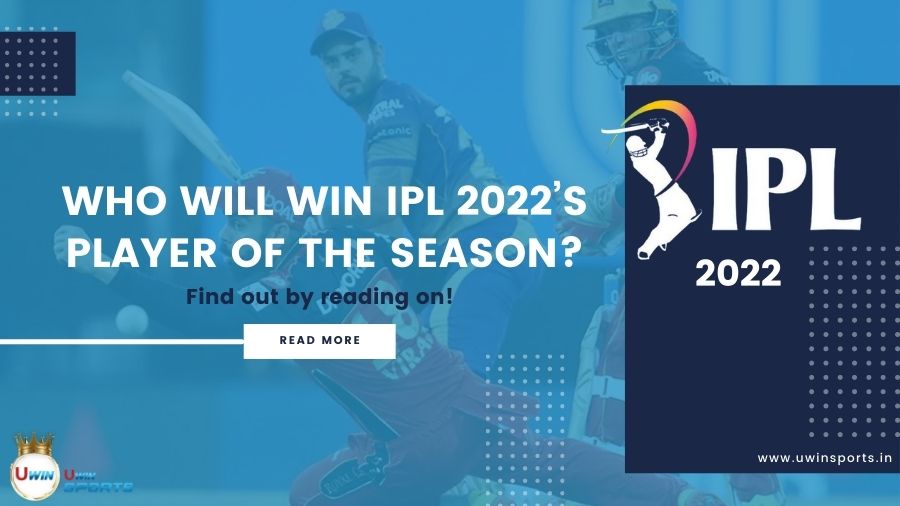 The Ultimate Champ: Who will win IPL 2022’s player of the season?

Tata IPL 2022 is on, and it’s bigger than ever before! It’s felt like a long time coming. But finally, the world’s best batsmen, bowlers, fielders, and wicketkeepers have taken to the biggest stage in cricket. And what’s more – the IPL has come back to India this year!

At UWin, we’ve been researching the best cricket betting options ahead of the tournament, focusing on the IPL Player of the Season market.

You know we enjoy trying to predict a winner in this market because the odds are higher. It feels like a good test of your knowledge of individual cricketing cricketers and their current form.

We’ve narrowed the field down to the five players listed below. Our list takes into account these players’ previous season performance, their current domestic and international form, and the various abilities they bring to the table.

The most promising players of IPL 2022 are:

All of the players listed above are seasoned internationals with plenty of match-winning ability – But what makes them our choices for Player of the Year this year? Find out by reading on!

Is there a better bowler on the planet right now than this quick yorker specialist? The IPL betting odds do seem stacked in his favour right now!

Bumrah has all the characteristics to be remembered in the same vein as Lasith Malinga, a true great of the shortest format.

Last season, he averaged 19.52 per wicket and claimed 21 wickets for the MI, finishing joint third on the end-of-season wicket-taking list.

He is the type of player who can win a tournament, which is why he is on our shortlist for Player of the Season.

Assistant coach and former Australian all-rounder David Hussey recently described the new Knight Riders captain as a “born leader.” In his preferred number three batting position, we expect him to lead from the front.

Despite being a remarkably consistent batsman, with an average of more than 30 in each of his last five seasons, he has yet to score a century in the IPL. But we’ve got a strong feeling he’ll break that record this season.

He has been in excellent form for his country, hitting 73*, 74*, 57* (against Sri Lanka), and 25* in his last four international Twenty20 matches (against West Indies). He enters this tournament at a new stage in his blossoming career – and he knows it.

Quentin de Kock was one of the choice picks by the Lucknow Super Giants, who picked up some pretty great players in the Mega Auction this year.

With a new canvas on which to paint, de Kock will pose a significant threat to IPL bowling attacks.

His recent retirement from Test cricket allows him to concentrate solely on his white-ball career. Last season, he smashed 297 runs for the Mumbai Indians, including a memorable 70* against the Royal Challengers Bangalore, and was in top form with the gloves. MI let him go this year, but the Super Giants benefited from his departure.

The former captain of his country is also entering a new phase of his career, but his prospects are no less exciting. There is an argument to be made that removing his national captaincy responsibilities will sharpen his focus.

He had a disappointing season last year by his high standards, averaging 28.92 from 15 matches for the RCB. Still, many remember his superb performance in the 2016 competition. He scored 973 runs at an average of 81.08, the highest-ever individual score in a single IPL season. This is 200 runs more than his nearest competitor (Kane Williamson for the Sunrisers Hyderabad in 2018).

He could very well be a contender for Player of the Season at the end of the season!

IPL 2022 seems to be a season of transition for Rabada. He was the subject of a massive bid from the Punjab Kings at the Mega Auction after four seasons with the Delhi Capitals and, at 26, will be their most experienced bowler.

In this tournament, he is no stranger to taking wickets. He won the Purple Cap, the competition’s top bowler award, in 2020 after taking 30 wickets at an average of 18.26 per wicket.

It’s a lot of extra responsibility to lead a young Kings’ attack, but Rabada appears to relish the challenge.

We think he’ll be an outside bet for Player of the Year in IPL 2022. Just like you can count on these players to deliver during Tata IPL 2022, you can also count on UWin sports for expert IPL match predictions and the best cricket betting odds. Don’t want to miss out on IPL betting wherever you are? Download the UWin app and enjoy the best daily deposit bonuses, loyalty, and other promotional bonuses.