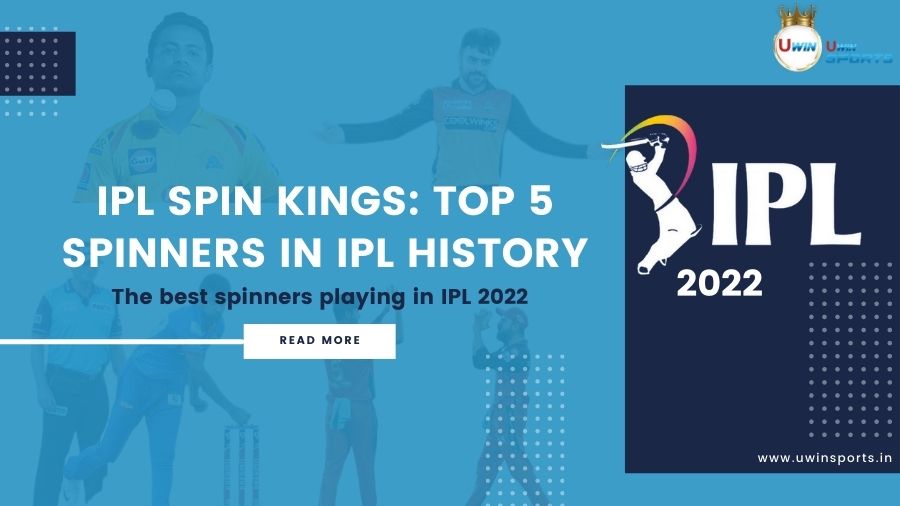 T20 cricket is often seen as a batsman’s game. While it is true that cricket fans the world over wait eagerly to see the batting fireworks in IPL, bowlers have made their mark, too. Even more surprisingly, spinners have often proved that they are the real kings of IPL by decimating fearsome batting line-ups! Tata IPL 2022 is also likely to favour spinners. Murugan Ashwin of the Mumbai Indians said that spinner could ‘do a lot’ on Mumbai wickets. In fact, in his first encounter with the IPL 2022, Murugan Ashwin bowled brilliantly. The leg-spinner tormented the Delhi hitters and returned with outstanding figures of 2/14 in a game where every other MI bowler was taken for runs.

When it comes to the IPL, thanks to India’s spin-friendly pitches, spinners are a must-have for each team. Yes, they tend to go for runs, but they also have a knack for getting the big wickets and important breakthroughs.

But which of the several spinners can be considered the best spinners in IPL history? Let’s take a closer look at the top 5 spinners that have played in IPL over the years.

This might come as a surprise, especially because Mishra, despite being the IPL’s third-highest wicket-taker, has been left unsold in the auction this year. Amit Mishra is an IPL legend, despite his India career ending sooner than anticipated. The sheer amount of numbers garnered by the seasoned leggie proves it.

Mishra owns the record for most hat-tricks in the IPL with three. The 39-year old’s success in IPL proves that art never dies since he is one of the last links to the traditional school of spin. Mishra believes in beating the batter in flight and has defeated some of the finest in the world.

The 33-year-old Chawla has played for the Mumbai Indians, the Chennai Super Kings, Punjab Kings, and Kolkata Knight Riders. Chawla registered for the IPL 2022 auctions with a starting bid of one crore. However, he did remain unsold. This may be because Chawla hasn’t been a regular in the playing elevens for the past two years. He only appeared in one game last season and will appear in seven in the IPL 2020. He is now a member of the IPL 2022 Hindi Commentary panel.

All that apart, there’s no doubt that this right-arm leg break bowler is genuinely one of the best spinners in IPL history, and his stats speak for themselves.

Harbhajan Singh has taken 150 wickets in 160 IPL games. His overall economy rate of 7.05 is among the best bowlers who have played for a long time. He had a fantastic career with the Mumbai Indians, winning three championships in 2013, 2015, and 2017.

He then joined the Chennai Super Kings in 2018, where he won his fourth IPL title and the franchise’s third that season. He did not enroll in the IPL 2022 auction.

He is probably the first spin superstar to emerge from the IPL. Ravichandran Ashwin thrived at Chennai Super Kings under MS Dhoni’s leadership. Later on, the duo performed the same magic for Team India. During the early years of the tournament, Ashwin’s carrom ball was one of the most lethal deliveries in the league. He was a crucial figure in CSK’s transformation into a champion team. He now plays for the Rajasthan Royals and continues to be one of the top spinners in IPL history.

Sunil Narine, the most successful mystery spinner in IPL history, was nearly impossible to predict at his peak. With players becoming accustomed to his variations and a change in his bowling motion due to legal concerns, he hasn’t been the same bowler since. However, Narine dominated the IPL for long enough to be included on this illustrious list. It was incredible to watch him release the ball with various grips. At the same time, the batsmen played down a completely non-existent line. Narine produced top-tier T20 bowling when he was at his best. He’s playing for the Kolkata Knight Riders in IPL 2022.

The best spinners playing in IPL 2022

At UWin Sports, we love cricket and are mad about the IPL. Whether it’s your first time with IPL betting or a veteran at online IPL betting, UWin is here to help with all the latest IPL match predictions and tips and the best IPL betting odds. Not to mention the best daily deposit bonus, and loyalty bonuses in IPL online betting. We’ve made IPL betting even easier with the UWin betting app– download and enjoy cricket betting anytime, anywhere.