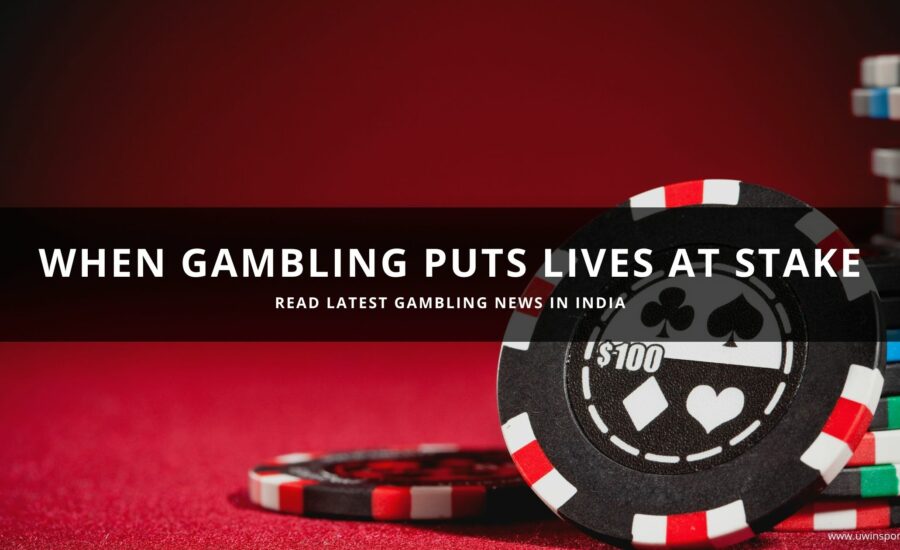 When Gambling Puts Lives at Stake – Gambling in India

The New Year 2022 began with the sad news of the murder-suicide of the whole family in Chennai coming to light on 2nd January. The incident came to light when the police recovered four bodies from an apartment. It was the body of a bank employee who was around 36 years old, his wife and two children. It is suspected that the husband first killed his wife and two children and then hanged himself. The police report said that all the deaths resulted from online gambling debts.

The last year also began similarly as a 29-year-old committed suicide on the railway tracks in Coimbatore. There were reports that the man lost a lot of money while playing an online game of Rummy.

Whether it is the thrill that one gets from winning or trying to better their financial situation, the growing addiction to playing games for real money is putting a lot of lives at stake. Dr Lakshmi Vijayakumar, head of the Sneha Suicide Prevention Centre, said “ “Online gambling has spread like wildfire during the pandemic.”

Their helpline number has received around 40 calls a day over the last year regarding mental health conditions, depression and debt. She further added that “The helpline is getting more calls about gambling debt, and I also see more such cases in my practice. They come because they feel depressed or have thoughts about suicide, especially since they feel cornered. Most of them got into it during the pandemic to supplement incomes drastically reduced because of salary cuts, lay-offs, and business losses.

According to Soumya Shankar Raman, who works at TTK DeAddiction Center in Chennai, people aged 20-30 have fallen prey to online gambling and are seeking help for their addictions. People from the most vulnerable sections of society are usually adversely affected by gambling and related problems.

R Gurumani, who is a resident therapist at the centre, says, “Online gambling, cricket betting and share trading addictions have skyrocketed in the recent past, especially after several lockdowns hit the country. “

Dr Sanju George, a Kerala-based psychiatrist, said, “ Just as you find diabetes and hypertension are comorbid conditions, one or more mental health problems or addictions coexist. For example, a person addicted to alcohol is more likely to be hooked on smoking or gambling. Addictions also tend to have higher rates of mental health comorbidity.” According to him, everything needs to be blamed on the internet. It has made it more affordable and accessible, thus making it extremely easy for an addiction to form. He further adds, “In-person gambling is more restrictive as each state has its laws. For example, lotteries are legal in 12 states and five Union Territories.”

The Madras high court gave a judgment banning the laws of online betting games enacted by the Tamil Nadu government. Chief Minister of the state M K Stalin has vowed to ban all online games that involve money.

According to a media study, Indians spent more than 13,000 crores on just online sports betting, which is a huge amount. Another report by Statista estimated that the Indian online Rummy market might hit $1. 4 billion in the next two years, with the increasing usage of smartphones in the rural area.

The online gaming companies, on the contrary, argue that legalizing them will create a huge job market for Indians. Dr George, who has published a few articles on online gambling, said, “ From the 17th century to 1947, gambling became popular in India under British rule. They encouraged it as they stood to gain huge tax revenues.”

Dr George said that gambling is so dangerous that it can go unnoticed. He further stated “ “Unlike with alcohol addiction, where there are visible signs like tremors, a gambling problem comes to light only when there is a severe financial crisis, or the person gets caught for fraud.