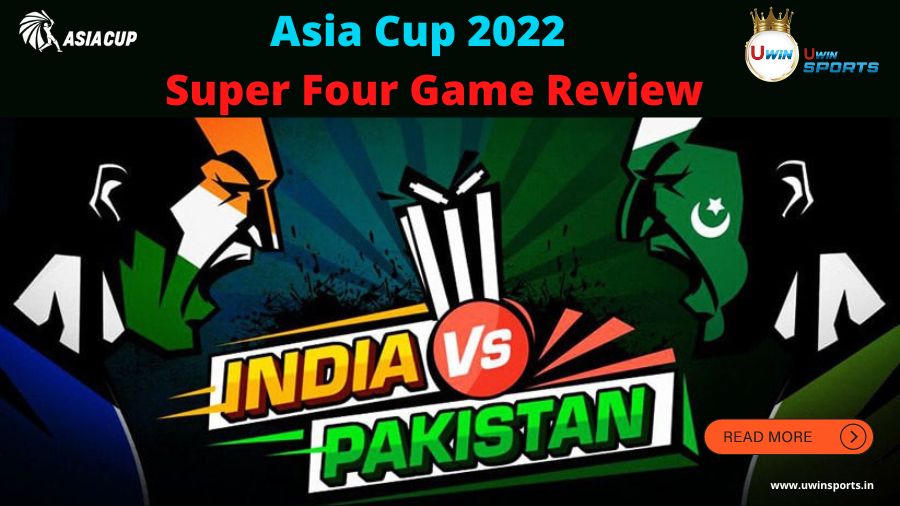 What a match of cricket! Surely a game to remember, India vs Pakistan played on Sunday, 4th September was a very close encounter. The tide kept swinging both ways, but in the end it was the Pakistan team that got over the line with 5 wickets in hand. Asia Cup 2022 promises to bring more such fiercely-contested cricket matches, as all the 4 teams look to get their hands on the coveted trophy.

Buzz and Excitement before the Game India vs Pakistan

Like any other India-Pakistan cricket game, there was great anticipation and excitement around this game, especially after the first game where India had handed defeat to team Pakistan. While the Indian team was looking to build on the winning momentum, Pakistan was looking to put the previous defeat behind their back and perform better.

The game was played at Dubai International Cricket Stadium, Dubai. Pakistan team won the toss, and as expected put team India into bat. The conditions wouldn’t have changed much during the course of the game, and that is the reason why Pakistan decided to bowl first, as it would give them an idea of how much they need to chase.

The decision to bowl first seemed to have backfired when team India openers, KL Rahul and Rohit Sharma, began smashing Pakistan bowlers to all corners of the ground. The two class openers played some eye-catching shots and made their intentions clear. Team India lost captain Rohit Sharma in the final over of the powerplay, but managed to score 62 runs in the powerplay.

Captain Rohit Sharma’s wicket brought Kohli to the crease, and there was a sense that Kohli would do well. Soon after the powerplay ended, India lost KL Rahul, who in an attempt to clear the boundary was caught. Just as Surya and Kohli were taking the charge of the innings, Nawaz got Surya caught when he attempted his favourite sweep shot. Kohli on the other end continued to display his class and maintained a good tempo to his innings with some classy shots and brisk running between the wickets. Kohli scored 60 of 44 balls before he was run out.

At the halfway stage of the innings, team India was 93-3 and 200-run mark seemed well within mark, especially with Virat, Pant, Pandya, and Hooda still in the tank. However, two quick wickets of Pant and Pandya by Shadab and Hasnain respectively, meant that India’s chances of reaching 200 runs were hampered. Kohli decided to take charge and scored his consecutive half-century, but did not receive the support he needed from the other end, as Pakistan managed to restrict team India to 181.

Pakistani openers, Rizwan and Babar, started the innings confidently, as both of them got off the mark with a boundary. But Babar did not make the most of the start and was dismissed softly by Ravi Bishnoi in the fourth over. Babar scored 14 runs of the 10 balls that he faced.

Rizwan and Nawaz get Pakistan going

Fakhar Zaman, who came out to bat after Babar’s wicket, struggled to get his timing and innings under way. He was finally dismissed for 15 runs off 18 balls in the 9th over by Chahal. Pakistan made a bold move to send Nawaz at number 4, and the move turned out to be a stroke of genius, as Nawaz scored a quick-fire 42 runs off just 20 balls. The 73-run stand between Nawaz and Rizwan brought Pakistan close to India’s target.

Twist in the tail

Once Nawaz was dismissed, Pakistan lost Rizwan in the very next over. Now the onus was on Khushdil and Asif Ali; Asif Ali got lucky in the 18th over, as Arshdeep put down a fairly easy catch. Captain Rohit decided to bowl experienced Bhuvaneshwar Kumar in the crucial 19th over, but the same over cost India 19 runs, as Asif Ali and Khushdil took charge of the situation. With just 7 runs needed off the last over, Pakistan were firm favourites to win the game. Asif Ali hit a four of the second ball, bringing the equation to 2 runs needed off 4 balls. But the next two balls by Arshdeep were dot and one of them was a wicket-taking delivery that got Asif Ali. The game came down to 2 runs needed off 2 balls, and Iftikhar finished the game with a hit straight down the ground. Pakistan won the game by 5 wickets.

If cricket and sports betting excite you, then Uwin sports betting app is the place to app. Here, you have plenty of bonuses and offers to place your bets on. To know more about promotions, you can check the Uwin promotions page. To get started, visit the Uwin site or download the Uwin app. For all cricket enthusiasts, there is an Asia Cup 50% bonus in place.

Uwin is one of the most trusted sportsbooks in India.

The Asia Cup 2022 final will be played on Sunday, 11th September.