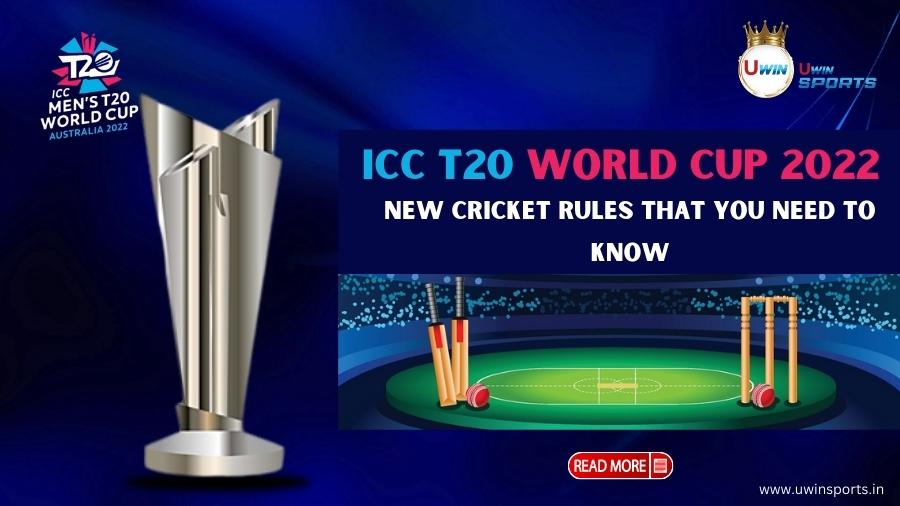 Super 12 round of ICC T20 World Cup 2022 will get underway with Trans-Tasman rivals, Australia and New Zealand taking on each other on 22nd October, 2022. The match is expected to be a thriller, just like the entire tournament. Two teams each from two groups will make it to the semi finals, while 4 teams from 2 groups will pack their bags after the Super 12 round. While there is so much to look forward to, new rules are something that can change a lot of things around how the game is played.

These T20 world cup new rules should not come in as a surprise, and that is a reason why we would like to walk you through the same. The tight T20 world cup schedule also means that all the teams must be on their toes and aware about the new rules, so that they don’t land on the wrong side of the new T20 cricket world cup rules.

Mankading will be Termed Run-Out

There are divided opinions around mankading, as to whether it is in the spirit of the game or not. But, the fact is, mankading is totally in the rules of the game, so nobody can say that it is cheating. To put an end to the most controversial mode of dismissal, Mankading will now be termed as run-out, and will be considered an appropriate mode of dismissal.

Bowlers can now run-out the batter leaving his crease before the ball is bowled, without having to face the backlash with respect to the spirit of the game. It is the batters who will have to be mindful of leaving their crease, and if they are run-out, they will have only themselves to blame. ICC has moved mankading from the ‘unfair play’ category to the ‘run-out’ category.

No Change of Strike when the Batter gets Caught Out

Slow but Steady won’t Win you a Race Anymore!

This new rule has been in place for a few games now. Teams are being penalised if they exceed the allocated bowling time. Suppose a team manages to bowl only 17 overs in the allocated time, then for the rest of the 3 overs, one extra fielder will be placed in the inner circle. The new rules means that the batting team will have an advantage of having one less fielder to worry about once they clear the inner circle.

This is an exciting new rule and is in place to keep up with the pace of T20 cricket. T20 is associated with pace, and if ICC has to ensure the same, it has rope in some stringent rules like this one.

Sometimes a bowler delivers a ball that goes wrong; for example a bowler might try a slower ball and the ball might not land on the intended spot or might land very wide. ICC has introduced a new rule for the same, where a batter trying to play a ball outside the playing area (pitch) has to have some part of his body or the bat inside the playing area. The ball will be termed as a dead ball when the batter leaves the playing area to hit the ball. Such balls will also be termed as no balls, where the batting team will get a free hit.

Penalty for Unfair Movements by Fielders

This new rule is for the fielding side, where they have to ensure that no fileder executes intentional or unfair movements to distract a batter when a bowler is taking a run-up. When any fielder is found guilty of doing the same, the umpire can call it a dead ball and also allot 5 penalty runs to the batting team.

Uwin is the place to be if you are looking for online sports betting or online cricket betting tips during and after the T20 cricket world cup 2022. Both Uwin app and website will offer excellent world cup t20 odds. Plus, exciting Uwin bonus and Uwin promotions are available for players who love cricket betting.

You can watch the T20 cricket world cup T20 live on Star Sports network or on online streaming channel, Hotstar.

The T20 world cup 2022 is expected to be a fiercely-contested tournament. Teams like Australia, England, and India are going to be favourites.

Uwin Sports is one of the best platforms for cricket world cup betting.