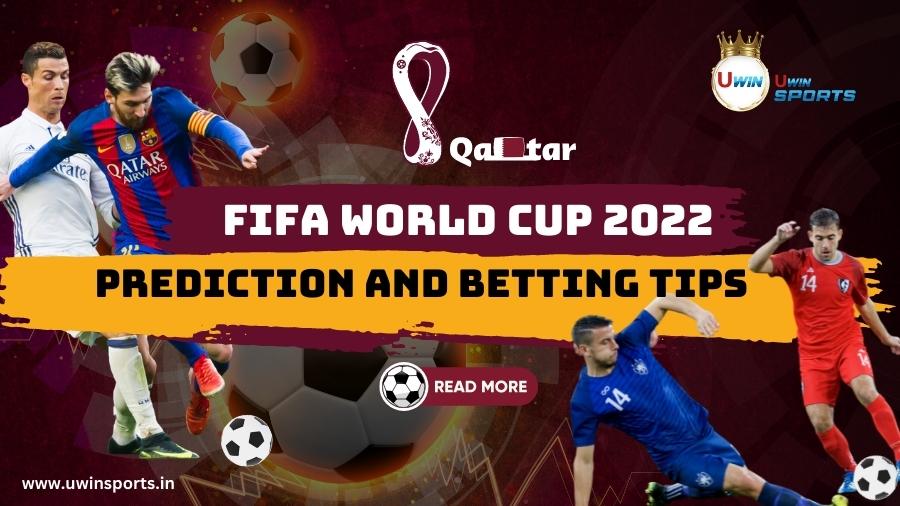 FIFA World Cup 2022 so far has been nothing short of high-octane drama. From high-scoring games to unexpected results, the competition has seen it all; and the best part is, we have not even reached the round of 16. A few upsets such as Saudi Arabia defeating Messi-led Argentina and Japan defeating Germany have added a great spice to the competition. As of 30th November, Only Brazil, France, England , USA, Netherland, Sengal and Portugal have confirmed their round of 16 spots.

Respective last matches of the first round will see some drama and football at its best, as teams try to seal the round of 16 spots.

Who will win the 2022 World Cup? – Winner Prediction

Strong contentions for this edition of the football world cup are Brazil, France, and Spain. Other teams who have enormous chances are Portugal, Argentina, and England. France are the defending champions, and with every game they are showing a great hunger to retain their title.

Neutral football fans are hoping for a Portugal vs Argentina final, as this could be the last world cup for the two absolute legends of the game, Messi and Ronaldo. Whoever makes it to the final, it is going to be an exceptional game.

With his sheer pace and desire to score, Kylian Mbappe has set the world cup on fire. His contribution of 3 goals has helped France secure a round of 16 spot, with one round game still to play. Bruno Fernandes of Portugal is leading the charts with 4 goals to his name. Enner Valencia of Ecuador has scored 3 goals so far.

Kylian Mbappe and Bruno Fernandes look hot favourites, but you never know, as there is a long way still to go in the competition, and players like Messi and Ronaldo are yet to stamp their authority on the competition.

Group stage is where teams find out their strengths and weaknesses, hopefully teams will find their best 11 before the round of 16.

After 4 Matches each, Ecuador vs Senegal and Netherlands vs. Qatar: Senegal, who defeated Ecuador 2-1, advanced to the round of 16, joining group leaders Netherlands.

In this group, England and USA sealed the round of 16 spot. In a 3-0 victory over Wales at the FIFA World Cup, England forward Marcus Rashford scored to advance his team to the round of 16. Wales, meanwhile, placed last in Group B and was eliminated from the World Cup. In the round of 16, England will play Senegal.

Poland is leading the group with 4 points, followed by Argentina and Saudi Arabia with 3 points each. This group has produced one of the matches of the tournament, as Saudi defeated the mighty Argentina. A win for either Argentina and Saudi will confirm their round of 16 spot, while a draw also works for the table-toppers Poland.

This group has already seen one team, France, make it to the next round. France is also expected to win their last round game against Tunisia. Denmark needs a win over Australia to advance, while a draw is sufficient for the Aussies to make it to the round of 16.

Spain is leading the group with 4 points, followed by Japan and Costa Rica with 3 points each. Germany, unexpectedly, is at the bottom of the table with 1 point. Even a draw against Japan would see the Spain team to the next round, while Germany needs a win against Costa Rica to keep their qualification chances alive.

Croatia and Morocco are leading the table with 4 points each. Even a draw against Belgium will see Croatia through, and the same is true for Morocco when they take against Canada. With 2 defeats from as many games, Canada has been eliminated. Belgium vs Croatia is a crucial match in deciding the fate of this group.

Brazil has confirmed their round of 16 spot. The winner of the match between Serbia and Switzerland will be the second team from the group to make it to the round of 16. Cameroon’s chances are very slim, as they need to win their last game against Brazil and depend on the result between Switzerland and Serbia.

Following are some tips that will help you make accurate football predictions.

Before you bet on a football match, you should know the form of two teams. For example, Argentina is on a 30-match winning streak and Columbia has lost their last 5 fixtures, then the odds are in favour of Argentina. Study the two teams, like the tactics used by them, the type of football they prefer, how many goals have they scored recently, how many clean sheets, and there are many other factors to consider.

Know the form of key players

You should always know about the form of key players. Players such as Ronaldo, Messi, Neymar, Mbappe, and so forth are game changers for their respective sides. They can single-handedly inspire their teammates and propel them to play the best football of their lives. Keep an eye on key players before making any football prediction.

Look at the team line-ups

It is recommended that you make predictions after knowing the team composition. If France goes in without Mbappe, the chances of them winning can take a hit. Always make sure that you bet when you know the final starting 11.

Analyse the tactics of two teams

The tactics and team compositions used by different teams will be different. A few teams might go for a defensive approach, while a few might look to attack. It is often that coaches and management decide to go with formations like 4-4-2, 4-3-3, 3-4-3, etc. depending on the strategies.

Look at the head-to-head results

Take recent data of the two teams and see how they have played against each other. Too old data is of no use, as conditions and players involved won’t be the same. Data can give you insights, you can use these insights to make successful bets.

Why is this important to consider? It is critical to consider because a team might play well in the group stages and play poorly in the knockouts, due to pressure or any other reasons. Understanding these factors and considering them while making bets will help you make better bets.

It is high time you choose the best football betting app, Uwin to place your football bets. Uwin offers best in industry bonuses, so have a look at Uwin promotions, football predictions and tips, and start winning during the FIFA world cup 2022.

There are many in-form teams who could win the world cup 2022. Brazil, France, and Spain seem like very strong contenders.

Most probably it will be the last world cup for the two football legends.

Harry Kane from England won the golden boot in 2018.